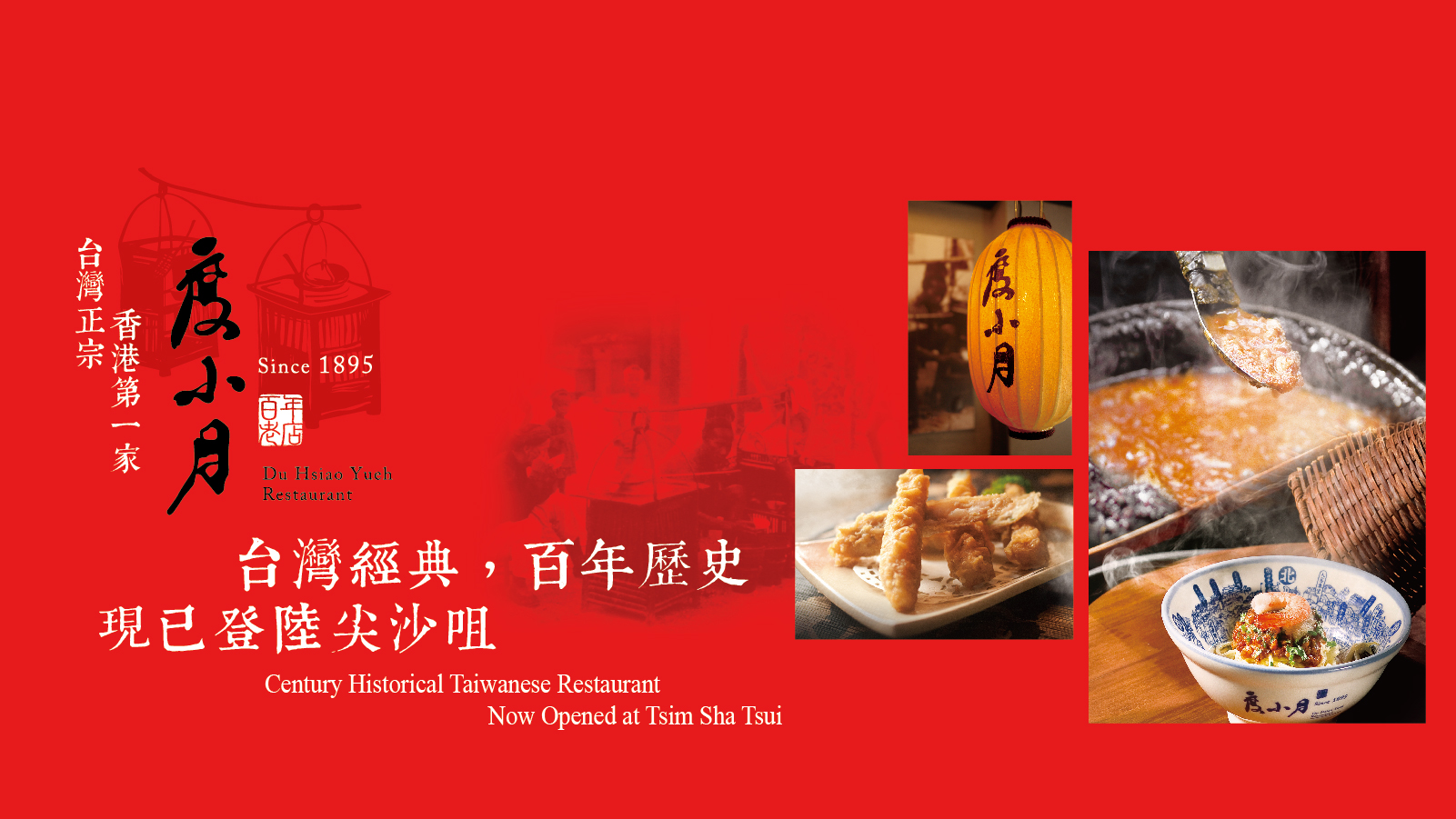 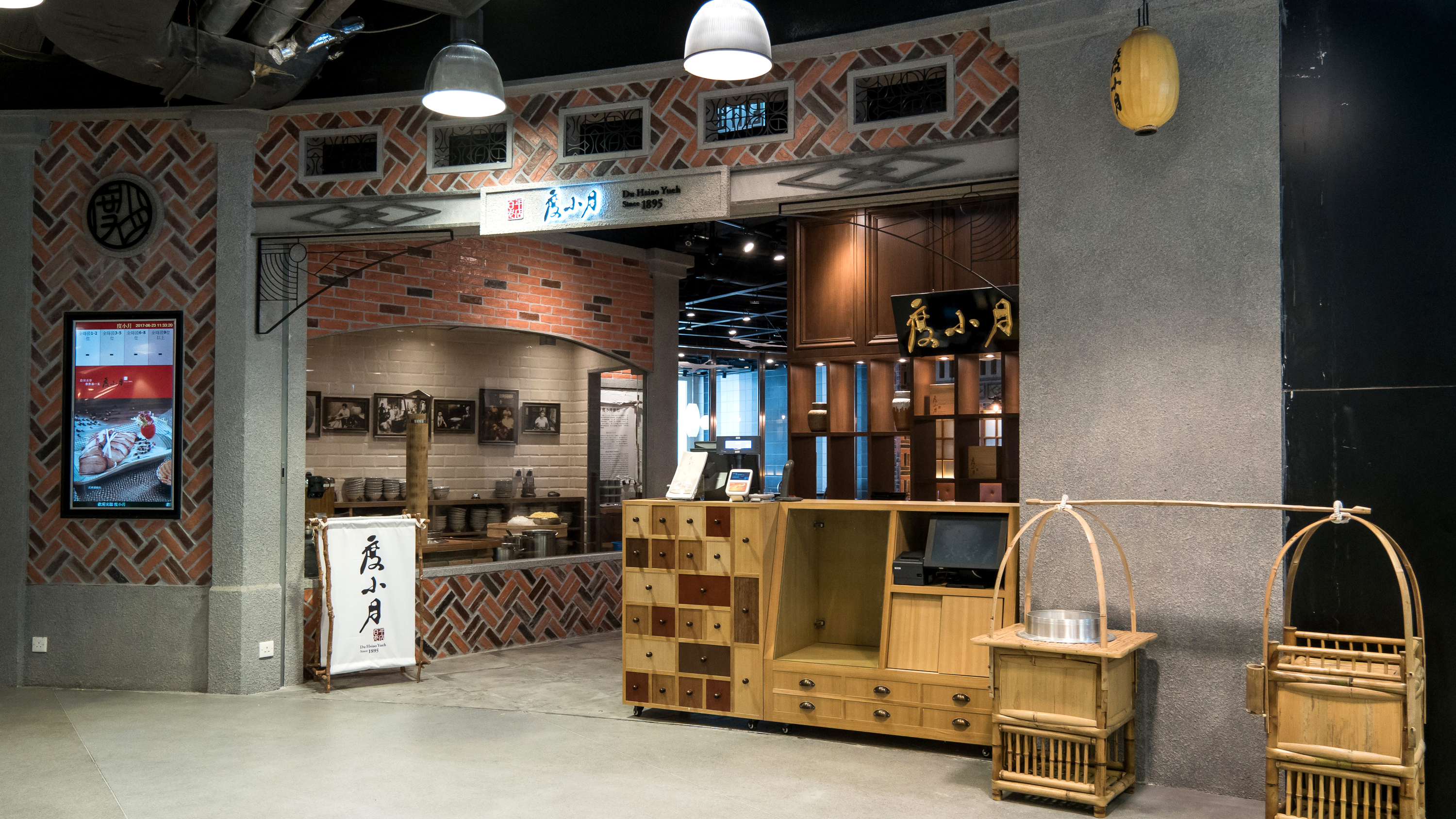 Century Historical Taiwanese Restaurant The legend of DU HSIAO YUEH began in 1895 during the Guangxu period of the Qing Dynasty. Its founder was a fisherman who made his living by the seas. During the annual typhoon season, the seas were too rough to fish and Hung suffered from a slack period called “Hsiao Yueh” (“small month”) by the fishermen. To make ends meet, Hung began selling noodles to pass the low season and came up with the name of DU (“pass”) HSIAO YUEH for his noodles. In the beginning, he simply shouldered a pole (“dan tzai”) selling noodles along the streets. Later he had learnt his cooking skills from fellows and created his unique flavor of Dan Tzai noodles. He also named his stall DU HSIAO YUEH and hanged lanterns showing these three words to attract customers. 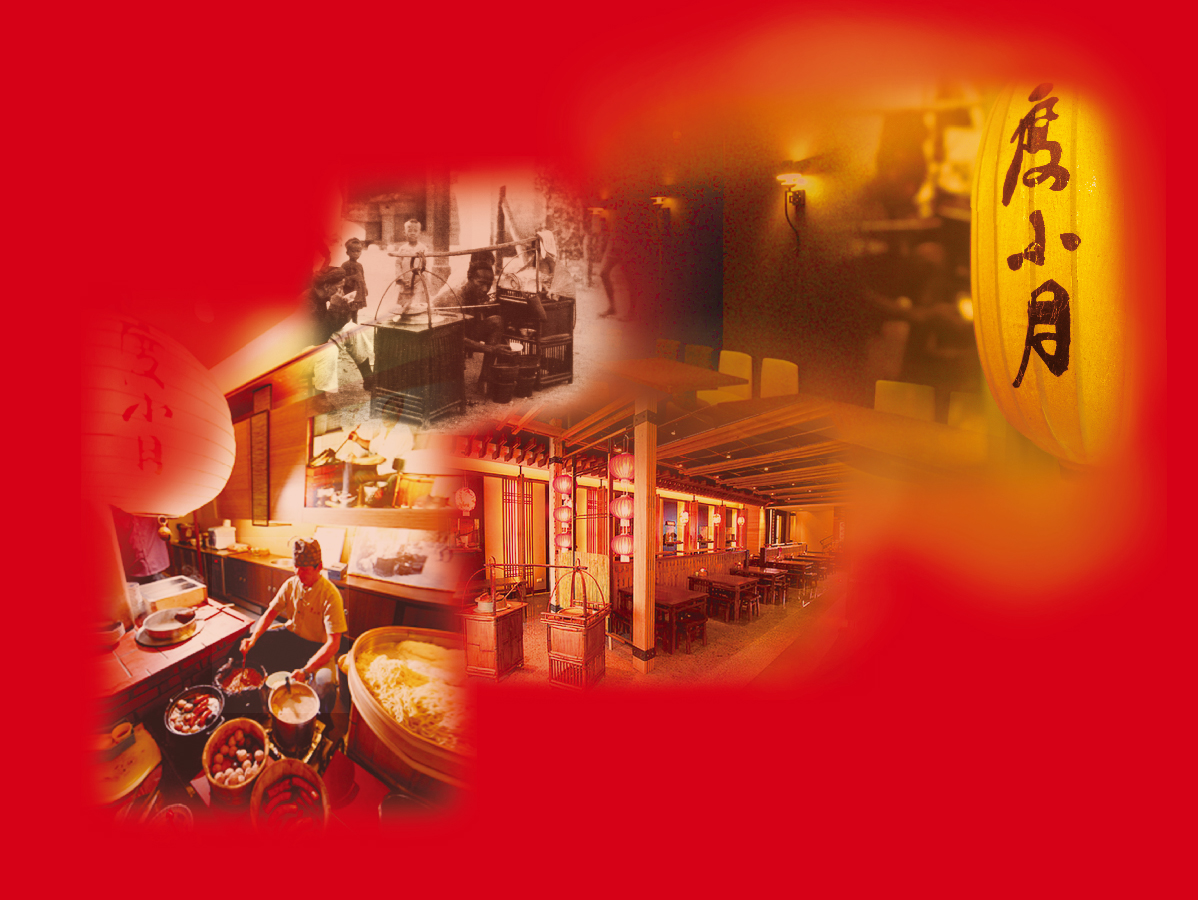 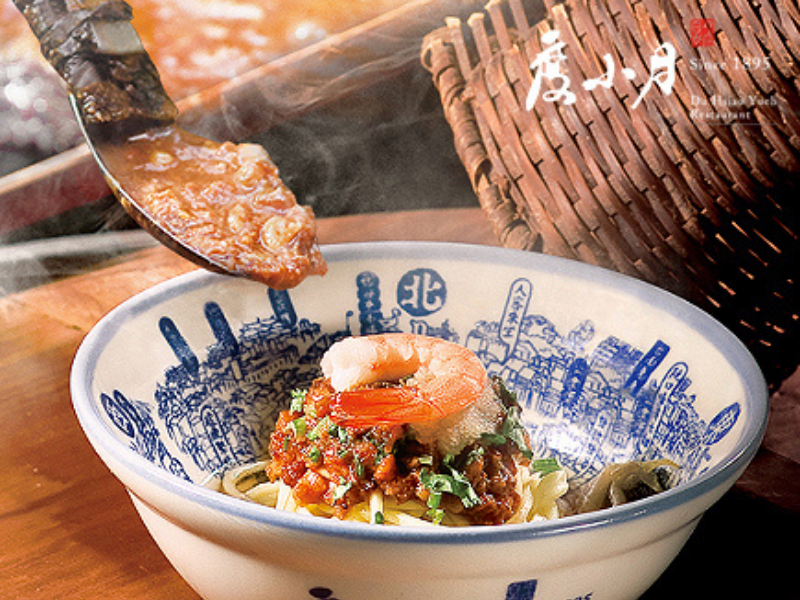 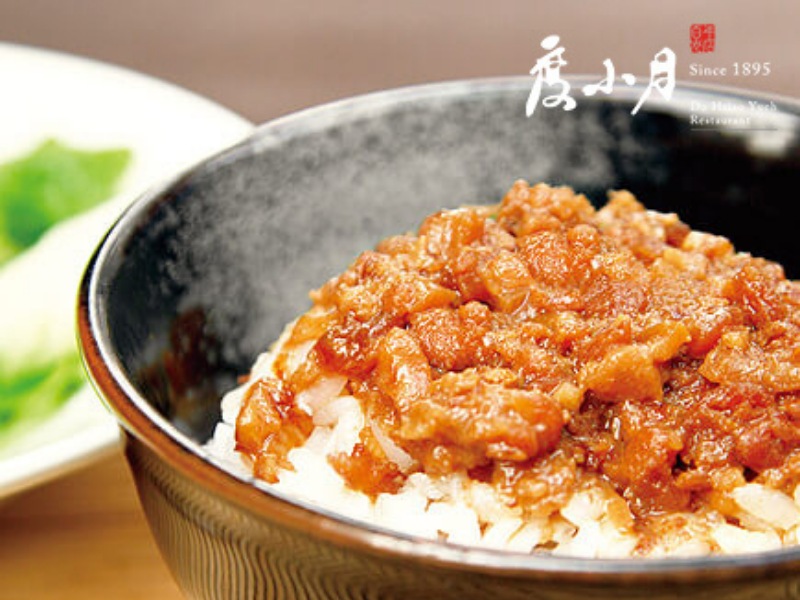 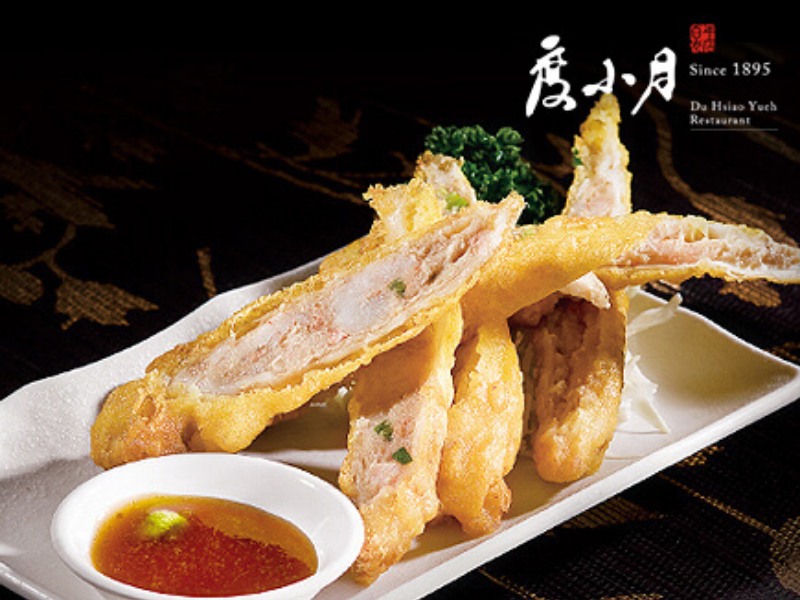 Deep-Fried Shrimp Roll (Most Popular)
A savory classic gourmet in Tainan, fresh peeled velvet shrimp and fresh minced pork are seasoned with our secret ingredients for the filling. It is wrapped by the pork caul fat before coated with special crisp flour for high-temperature frying. Take a bite and feel the crunchy outside and the soft filling.